why is time moving so fast? it feels like i just made this april page. there seems to be so much going on at once in my life lately. i've got a month left until the end of the semester. i've got to think about the classes i'm going to register for next semester. i'd like to start thinking about things to do over the summer as well. i know i'm going to see nicole for our birthdays and to attend my sisters high school graduation. the website will definitely be on my list to continue to work on. i've been busy with school work which has gotten in the way of adding new features and continuing to refactor.

the zelda hack is also in my thoughts right now. i've been trying to think of a good way to plan out the dungeons before i just start building rooms. it can become very disorganized fast when i work like that. i had some planning for the past dungeons but as they get larger and more complex it becomes more cumbersome to draw out diagrams and detail the complexities of it all. someone on the zelda hacking forums showed me a potential sprite for kydrog, farore's apprentice. it'd definitely be nice to have someone else do the heavy lifting on that sprite because that does not look fun at all 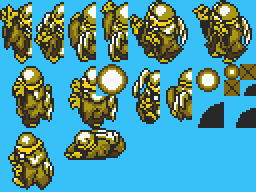 i cleaned my room up today, i still have a bit left to do in organizing but i've cleaned up all my papers off the floor from school and taxes.

i wonder why i put my name on every blog post. i'm the only one writing.

lately in my studies and in developing this website i have been trying to fixate less on surface level aspects of things, however when experimenting with technology it can sometimes be difficult. it's all very fascinating and tempting to try out many different things. i've found that in programming i have been consistently trying to imagine some abstract wizardy that will eventually come over me and my ability to write code and that i will only progress by making the shiny objects that people want to see. cause ultimately a lot of programming is peoples interpretation of your week and whether or not it is good and usable.

in making the site i chased after the shiny objects of functionality which is ultimately leading to bugs. now, it's still very early in development so i don't necessarily blame myself but i think it is good to point out these behaviors in real time and not ignore them. our mind is a very powerful thing and the conscious choice to ignore your own shortcomings only lets them manifest in even more subversive ways. when developing i used the mysqli function sets because it was most similar to the mysql functions of old that are now deprecated. however, before going further with many more database queries i believe i want to start implementing pdo into the project instead. not that i believe i will need to switch over to another database structure or anything but moreso just to learn the technology after having experimented with mysqli. it will also force me to take a more object oriented approach as ive been mixing the procedural and oo code with mysqli. while this is nice at first transitioning from procedural c it can get a bit messy and i would like the zen3mp code to be as neat as it possibly can be.

as ive been reading and working out more lately i have already seen in little ways how my overall mood and motivation have improved. ive been a bit disheartened and anxious due to some poor performance on tests in economics but im trying my best to not let it get to me and to continue chugging along in the class. i'm also finally getting to places in my python class where im a bit challenged. solving the specific instructions i'm giving for short scripts and assignments is beginning to prove daunting as they increase in complexity.

i finally got around to writing this blog post. it's been more than two weeks since i mentally decided to start really working on the website again. it wasn't like an immediate decision. after i checked out some C programming books from my school library i had the idea. i had seen a php book at the school, but it was php 5 which is old now obviously. so i did more research into php7 and the mysqli functions and figured it would be much easier to create the "znet" that i had imagined when i got this domain back when i was 13. i had asked my mom to buy it for me since she had bluehost webhosting for her photography business. i'm very happy with how it has turned out so far. you can now register, verify your account via email, create an rpg character with custom class+race, post status updates (with photos), comment, like, add friends, send messages, close your account, update profile information, and a couple other things i probably haven't thought of. i'm very proud of it and it will definitely be something i include in my resume/portfolio for future jobs.

next i'm going to need to create the exp/level system. i'm not sure what kind of formula i want to use but it will be important to the creation of the main component of ZEN3MP. essentially, i'm going to be taking the concept of a choose your own adventure webcomic like zquest (or homestuck) and applying the RPG elements of the elder scrolls morrowind and adapting it with my own ideas. what we have so far is moreso a proof of functionality than it is a literal representation of how this project will end up. eventually you'll be able to do a variety of things like

none of the worlds/quests will be bound by any particular narrative for now. i will definitely categorize quests that are related together, such as legacy zquest events that users will be able to play through. there will be a handful of generic areas for you to do grinding such as fields with low level enemies, caves with mid level enemies, and dungeons with high level enemies. i also plan on having villages with NPCs and randomly generated quests and small bartering exchanges.

eventually this code will start getting ridiculous so i'm trying my very best to take the steps now to make things organized and readable so that when i do release the source code, hopefully people may want to help me out a bit with things i get stuck on. right now i'm in the process of moving over all the position and size related css properties over to their own file so that all the color and font data can be placed in css files thatll correspond to specific themes. here's a wip screenshot of the darksky theme port. 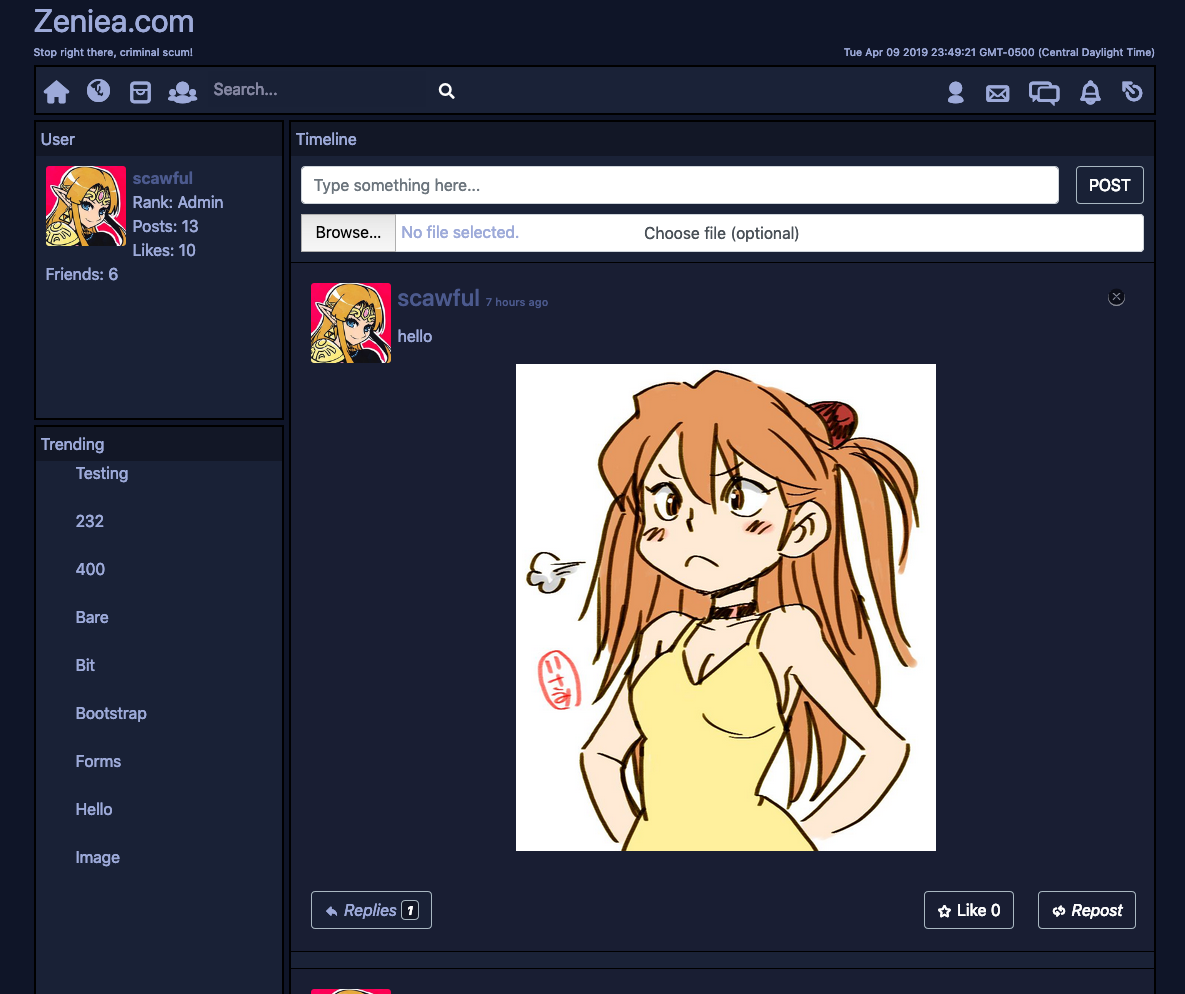 i'm totally open to suggestions as well so if you have any ideas go ahead and register an account on the index and send me a friend request on my profile and then we'll be able to message each other. i'm going to encourage people to contact me through my site, though i'll still respond to emails. it's just nice having people register for the site and be involved.